Her classical background and diploma from the University of Zagreb Music Academy, along with 19 years of musical experience performing as a vocalist and backing vocalist with Putokazi, Vocal Ensemble Rivers and organic hip-hop group Elemental seemed like a natural way of maturing as a musician. As a member of Putokazi, she was nominated several times and won Croatian Music Porin Award in category for Best Vocal Collaboration (Gibonni feat. Putokazi: Libar). As a member of Vocal Ensamble Rivers, she participated in the international a cappella competition VOKAL TOTAL held in Graz, Austria and won 2. Place Ward Swingle Award & Golden Diploma. Also, she won the Croatian Music Porin Award with Elemental for albums Pod pritiskom and Vertigo in the category for Best Urban Club Music.

The name ”Formanti” (croatian pl.) derives from the word formant. A formant is a peak in the frequency spectrum of a sound caused by acoustic resonance. In acoustics, it refers to resonance in sound sources, notably musical instruments and human voice. 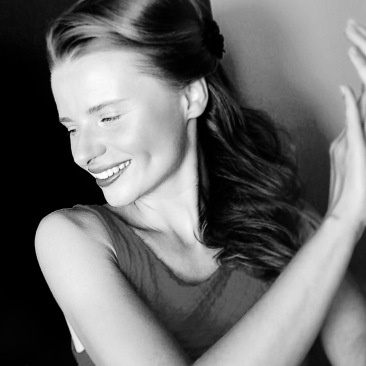